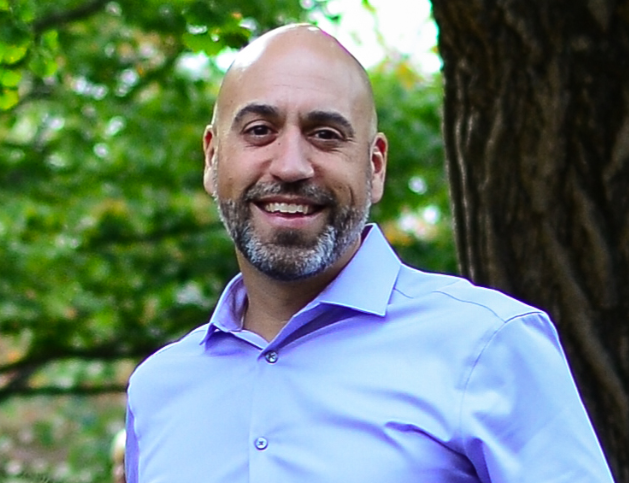 My father heard this at auditions or high school basketball games. His mother was Mexican, his father was Anglo, and they were poor. My grandmother’s family fled to the United States during the Mexican Revolution, forced to assimilate, shed their Mexican narrative, receiving the identity of “outsider”.

I inherited this “outsider” legacy. Yet, as a younger man I longed for a larger narrative that could shape my identity and vision. Aimless, I disregarded education, growth, and pursuit of excellence in favor of distraction. This distraction-filled identity is displayed in my D- high school transcript and my first year of failing classes at Parkland College. Yet, in that pivotal second year at Parkland, an essay by feminist Adrienne Rich stirred me.

Up until then I had been merely drifting as a consumer, passively waiting for education/identity/character/vision/vocation-formation to happen TO me. I came to see the difference between merely receiving an education and that of claiming an education. This paradigm shift led to the greatest adaptive change of my life where I discovered an empowering motivation to pursue excellence in learning, personal growth, awareness of my weaknesses and honing of my strengths to form my own identity and participate in a larger vision for flourishing. “Claiming an Education” —becoming a pro-active and initiating leader— was the theme of my student commencement speech at Parkland so many years ago, and has been woven into my heart as I’ve sought to apply that paradigm to all I’ve encountered these past 24 years.

From teaching high school, to serving the poor of Juarez, to excelling in undergrad and graduate studies, to starting a new church from scratch, to starting a new business in Indianapolis— all of this includes this common thread.